// For a more in-depth view of my research, see either my staff page, Research Gate, GitHub or my recent papers.
// More information on my current major European projects can be found at Hydroscape, GloboLakes and the MARS Project.
// And to see my past European work, go to ForestClim and the Motive Project.

Below are my some of my free time projects:

Upgrading the Cartridge on a Sony PS-HX500 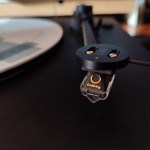 At the start of lockdown, I picked up a Sony PS-HX500 turntable at a decent price. I thought it would be a fun lockdown project to record some of my LPs to digital formats and 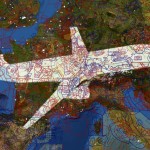 Microsoft Flight Sim (MSFS) 2020 is now out on Xbox Series S|X, allowing more and more people to explore the world by plane. Bringing together a vast amount of aerial imagery, the game can make 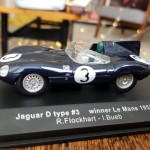 During one of my many ‘Wednesday Wanders‘, I found another lovely Mews in Edinburgh. A Mews is a row of stables and carriage houses, but this one’s horsepower was upped somewhat… [link] 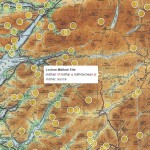 After posting on twitter about starting to better understand Scottish maps since learning some Gaelic, I was pointed to all sorts of interesting articles, projects, books and events on the subject. One was this Ordanance 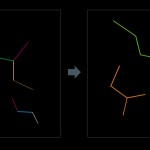 I came across a problem without a clear solution. I had lots (and lots) of line segments, which represented river stretches across GB. All I wanted to do was join together touching segments into a

It’s useful to know how much water enters a system, particularly as part of the runoff model. I’ve always thought of the budget of precipiation (Prec) & potential evapotranspiration (PET) as effective rainfall (Raineff), but 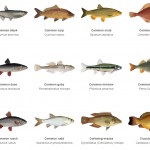 I’ve recently been working on amalgamating as much freshwater fish data as possible, and ended up with a dataset with 350,000+ individual fish records. An amazing dataset, and just a subset – in this case, 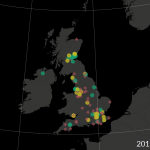 I was recently asked if I could animate this summer’s records from the Bloomin’ Algae App, to help show the spatial patterns as well as the impact of a recent media interest in the subject 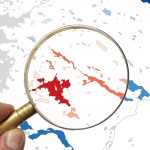 I recently went to an interesting EdinbR talk on RMarkdown and the workflow available via R Studio and its products. I’d not used any markdown before but had seen its use in documentation, and this

The Seas of the Beaufort Scale 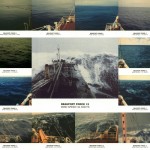 During some recent work with weather data, I was looking at information on the Beaufort Scale and stumbled upon a set of evocative images of the various seas at different points in the scale. There

The Longest Countries Made of Elements 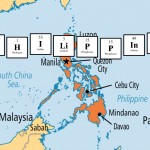 My pub quiz team have started setting a quiz each week to keep us in good form, with one person selecting questions for the others each week. For my last turn (full quiz here, if 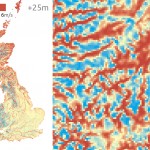 It’s very hard to get decent observed wind data for the UK (and most countries, I imagine), so I was intrigued when I found a 1km resolution database of wind data freely available online. You 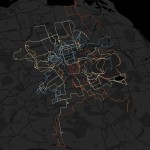 Over a few years going on Wednesday Wanders, I’ve collated quite a lot of data on walking routes in and around Edinburgh. In some cases this is time-stamped GPS data taken from the walk, otherwise 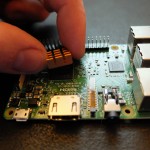 After the recent release of the Mini NES, I came across an article on building a better system for the same price, with a Raspberry Pi 3 running RetroPie OS. I quite fancied a little

4 Maps of the US Electoral College 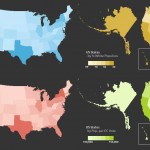 There have been a lot of articles showing up in and around the US election result either calling for the abolition of the electoral college based on its unfair representation of the populous, or the 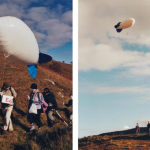 Many years ago now, I was part of a group looking at archaeological GIS and experimenting with the use of a small blimp and remote camera for the purposes of scientific research. These days you 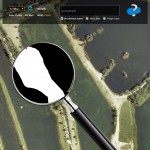 Two things coincided this week. The imminent launch of our new UK Lakes Portal illuminated how few lakes we have recorded names for, whilst a visiting work experience student was needing something to do… It 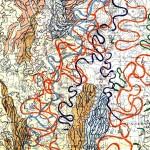 I forget exactly how I first came across this topic, but it’s likely I’d found out there was a town in America called England. When I saw where it was, I panned across the landscape 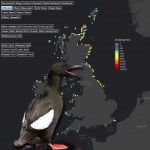 I wanted to do a pretty simple GIS task with some nice visualisation, and in the course of my work had stumbled upon the ‘Magic’ site the government has set up. It’s not the flashiest 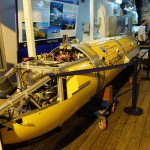 This is roughly halfway between personal research and work, as I won a ballot to get a tour of the RRS Discovery – a NERC research ship that was visiting London for a few days. 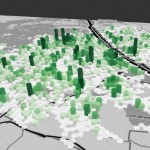 Isn’t it amazing how much Mexico looks in no way like north-eastern Austria? But Mexico is hot, and here we’re taking a look at heat mapping.. Having recently seen demos on both hexagonal heat maps and the Qgis2threejs 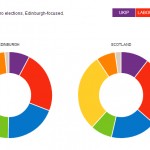 OK, I’m trying to make this topic sound fun.. but there’s only so many ways you can spin online charting libraries.. but if they make delicious donuts and colourful dots, then I might have a