During some recent work with weather data, I was looking at information on the Beaufort Scale and stumbled upon a set of evocative images of the various seas at different points in the scale. There was little information on their source (the reference link was broken), but a bit of digging found a page on the NOAA website, but no mention of where the images are originally from.

There’s something quite 70s about the colour of the photos – like they were found in an old cupboard drawer.

They come as a set of 13 (representing 0-12 on the scale) and seem to be scanned copies – the white background shows some minor discolouration and some text and images are at slight angles. They are, however, in the public domain and seem to have been created by the NOAA at some point.

They are such a nice set that I set about trying to fix them:
– straighten any wonky scans
– fix any blemishes
– align the titles.

I also decided to remove the description of the sea below the image, as the image did the describing alone. I waved my magic wand and here we have the fixed set:

Not only is that a great set of 13 images, but they can easily be put together to create something that would make a decent framed picture for a boat: 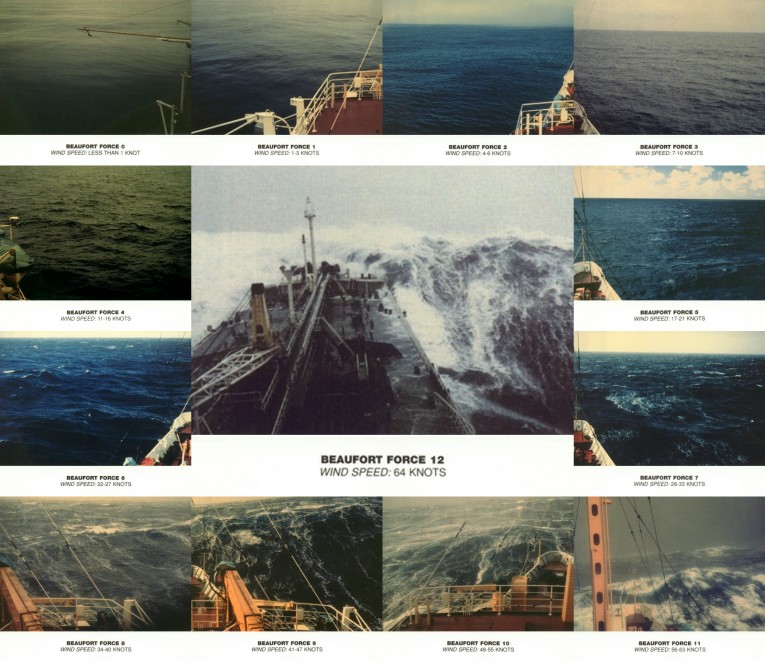 All 13 images in the set, fixed and presented together.

As there are 13 images, it was hard to create visually-balanced ‘poster’, but I think the effort above is my favourite. I made a few other versions, as well as some with just forces 1-12, which are all shown below: 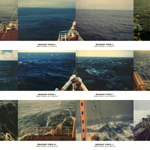 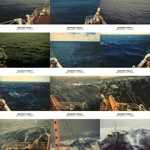 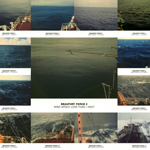 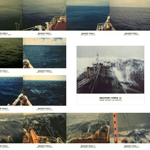 Finally, if you want to download all the images as well as a .PSD for use in Photoshop, everything can be found in this handy zip:

4 thoughts on “The Seas of the Beaufort Scale”