I wanted to do a pretty simple GIS task with some nice visualisation, and in the course of my work had stumbled upon the ‘Magic’ site the government has set up. It’s not the flashiest of sites but has some decent data behind it, and I went for the seabird nesting count data as it’s something I’d be interested in visualising.

Try it out below – just click on the species to update the map:

So, there we have it. A nice, pretty simple visualisation of seabird densities across the British Isles. I think it adds a fair bit of understanding to the raw data, and hopefully works across a broad spectrum of species counts, which is always a tricky thing to get right.

Finally, for an idea of what the raw data looks like, here’s an image showing the density of points (with a background showing the 3km density squares for the puffin). In this case, all the way up in Shetland: 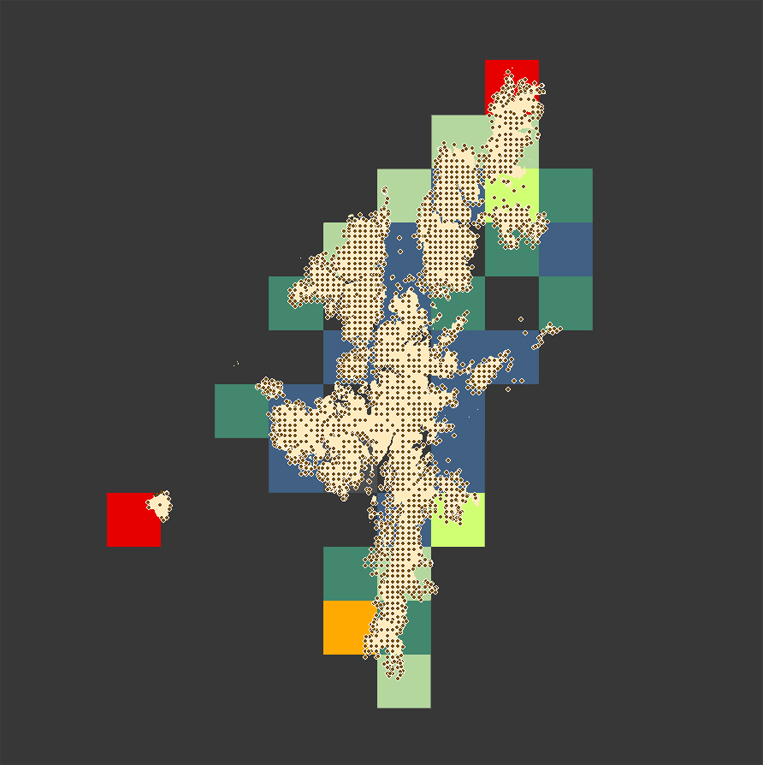 There really are a lot of recording sites – must take a fair amount of research effort!