I paid a wee visit to the Scotch Malt Whisky Society’s venue on Queen Street in Edinburgh a few months back, and had probably the best pair of drams I’ve ever had. It wasn’t just that they were great quality whiskies in their own right, but in tandem, they showed each other off as prime examples of their style. Both from islands, both at their peak. I’m pretty sure David Lynch sought inspiration from these whiskies from the future, because he’s the kind of guy who rolls like that. 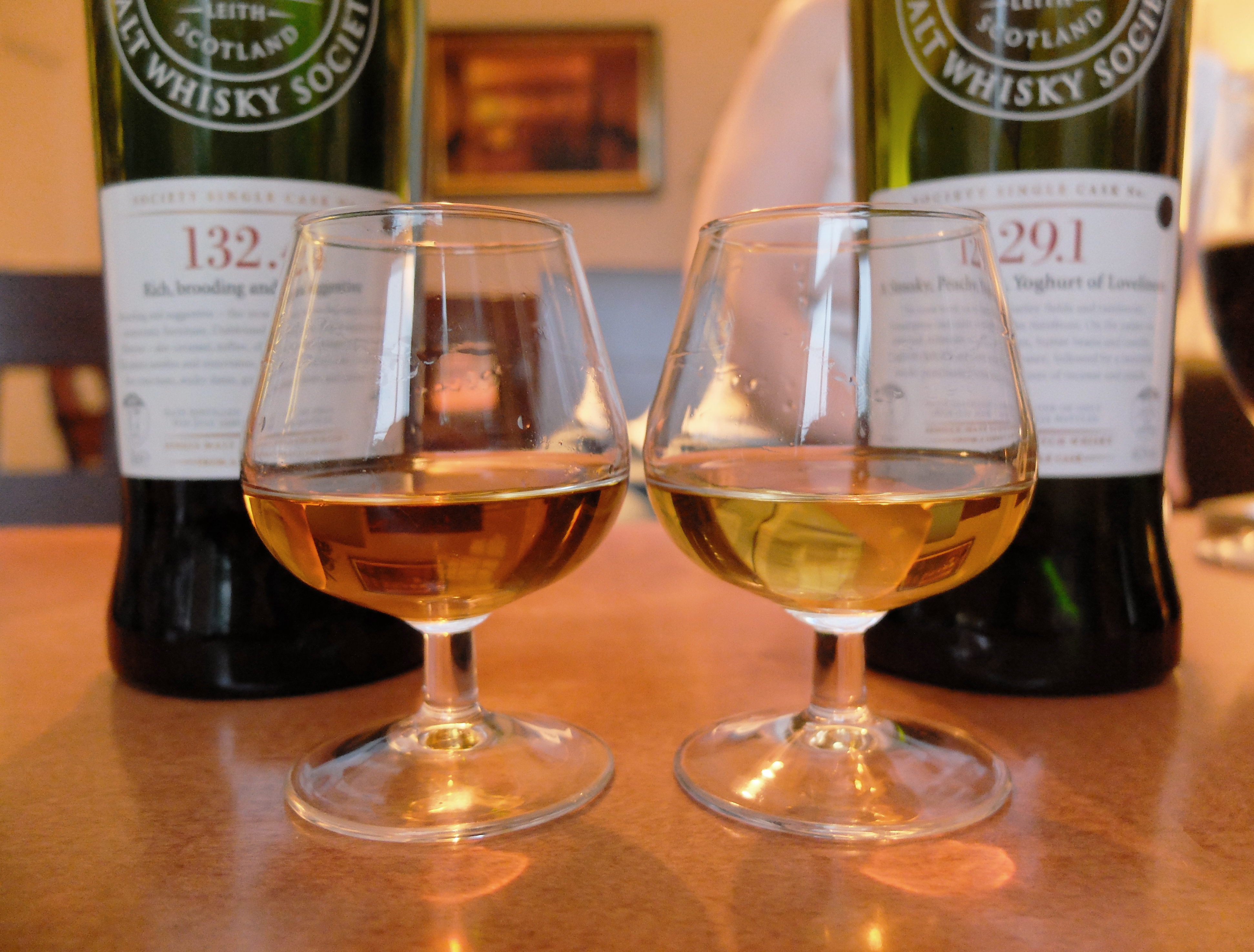 They looked pretty amazing together, these two..

I just found this bottle stashed in the cupboard, and thought I’d open it for the bar

After asking if there was anything interesting at the bar, we were told they’d just opened a bottle of Kilchoman 129.1 – a bottle that sold out almost immediately upon release – and were selling it for under a tenner a dram, “so people could get the chance to taste it”. This bottle was supposedly found unexpectedly languishing in a cupboard, although months later this story lost some credibility when the guy admitted his weaving skills were perhaps directed towards the medium of tales that night. Still… 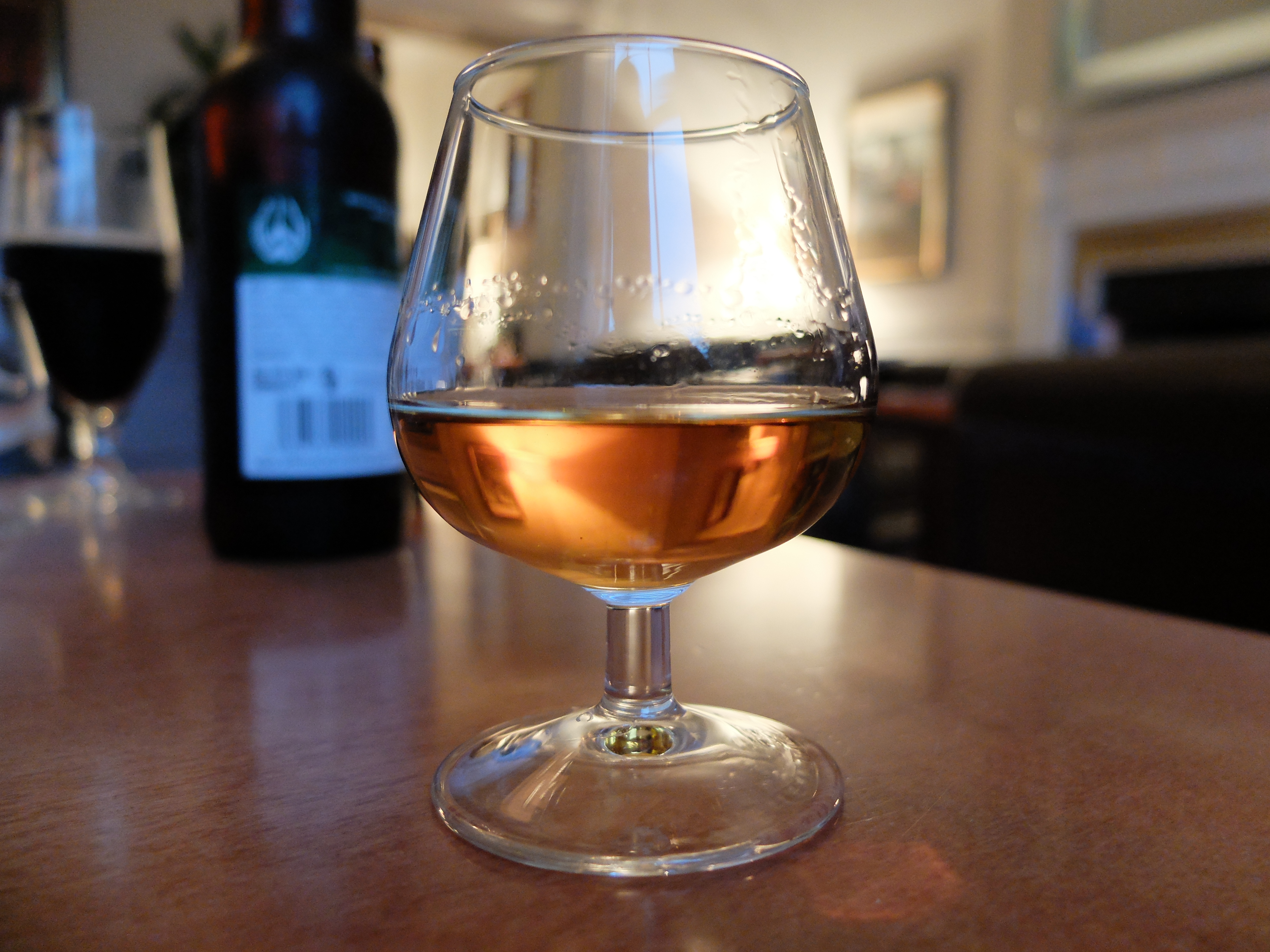 It’s a decent refractor, this Karuizawa.

That photo above is one of my favourites – it just makes me want to be at that exact moment again. It even has paintings inside it!

The Karuizawa was just shy of the heights of Japanese whisky I’ve tried, but tried almost on the same spot as the Hanyu 131.2, which I’ve previously reviewed on my ‘sshhh!’ site. It was full of those earthy flavours Karuizawa seems to give in abundance: mushrooms, bark, the floor of a wood and plenty of your Japanese Grandad’s shed.

The Kilchoman was just amazing, the best Kilchoman I’ve had. When it was released it had a decent age for the distillery at the time (5yo) and had plenty of buzz. I remember hearing it was coming out, but not wanting a bottle. I wish past-me could re-evaluate his life choices! It had such a great cask behind it and such strength – both in alcohol and complexity. It was also everything the Karuizawa wasn’t – clean, crisp, attacking, with a large dose of classy peat.

We both said that. It’s good when you can share and both are equally good. Not only that, but there was a whole lot of tasty in the cask-ends cabinet… perhaps for another visit! 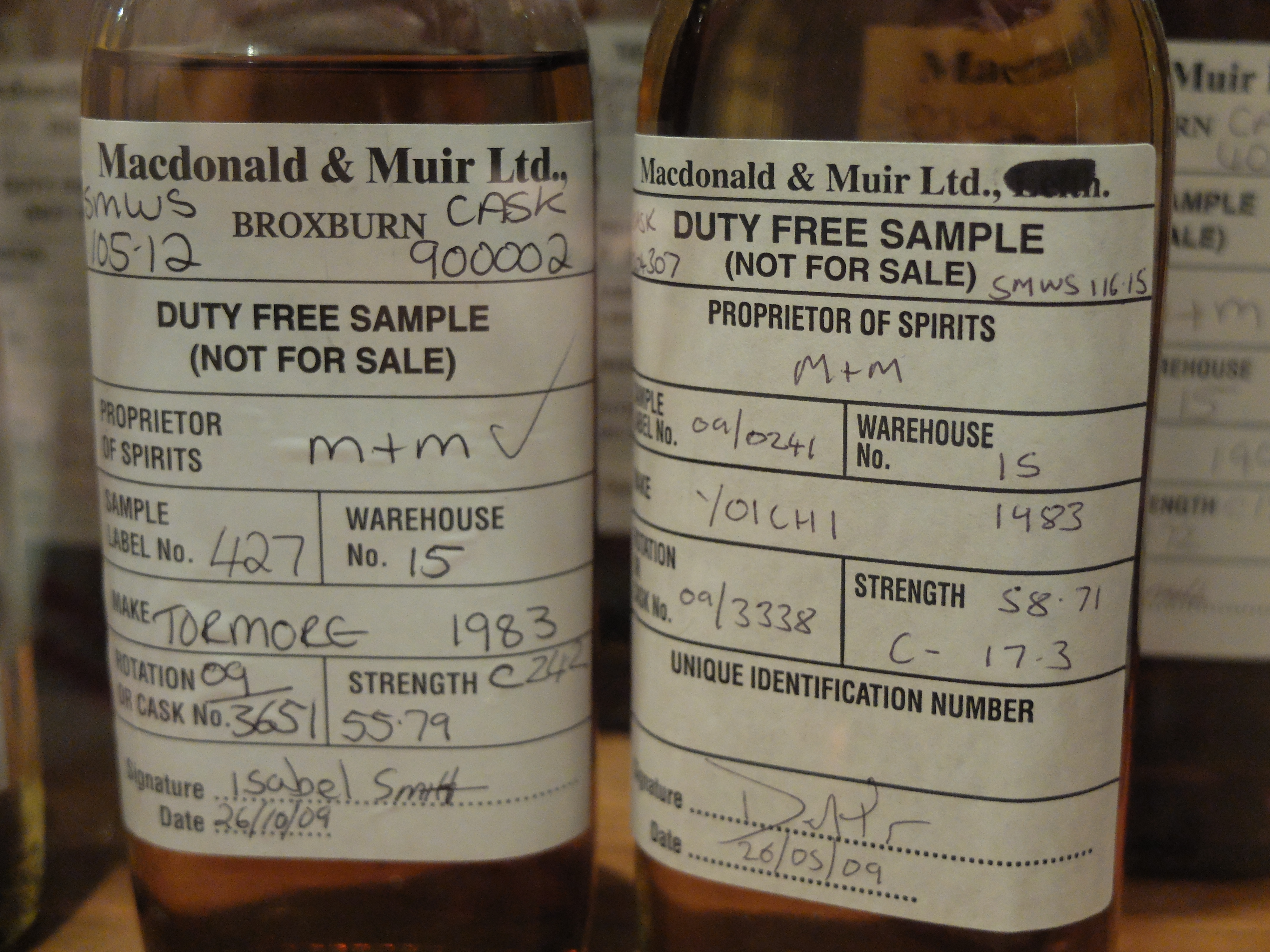 That’s a 25yo Yoichi Mizunara cask in the cupboard…

As we were enjoying these offerings from the Gods of Japan and Islay, it got my mind wandering.. perhaps these delicious whiskies were presented as some kind of demonic offering from the demons of those lands?

Oiwa was playing tricks with my mind. I feel this quote is best accompanied without explanation:

Her ghostly, deformed face appeared everywhere to haunt Iemon. It even appeared in place of his new bride’s face, which caused Iemon to accidentally behead her.

Oiwa was tormenting my mind…

And on the side of Islay, let me present Godren Crovan and his struggle with Islay’s demons:

At one time, Islay was being harassed by a wild, fierce dragon which had its den near Ballygrant, in the north of Islay. It was said that, because the dragon had attacked almost all the islanders, nothing could be seen on the island except the smoke rising from the three single households left unscathed.

OK, that legend comes from the guys and gals at Bowmore, but it still makes you think.. (mostly making you think what weird people brand managers are..)

…and I was channelling Godred Crovan’s demons

And now on to the light shade. It’s the world’s worst light shade. It’s a “designer” one, at that, and it’s about 2m wide. Apparently just changing a bulb takes two men, a ladder and whole heap of time. It’s the chandelier of the ‘fuck it’ generation- I’m not even sure if this photo does its horrors justice.. 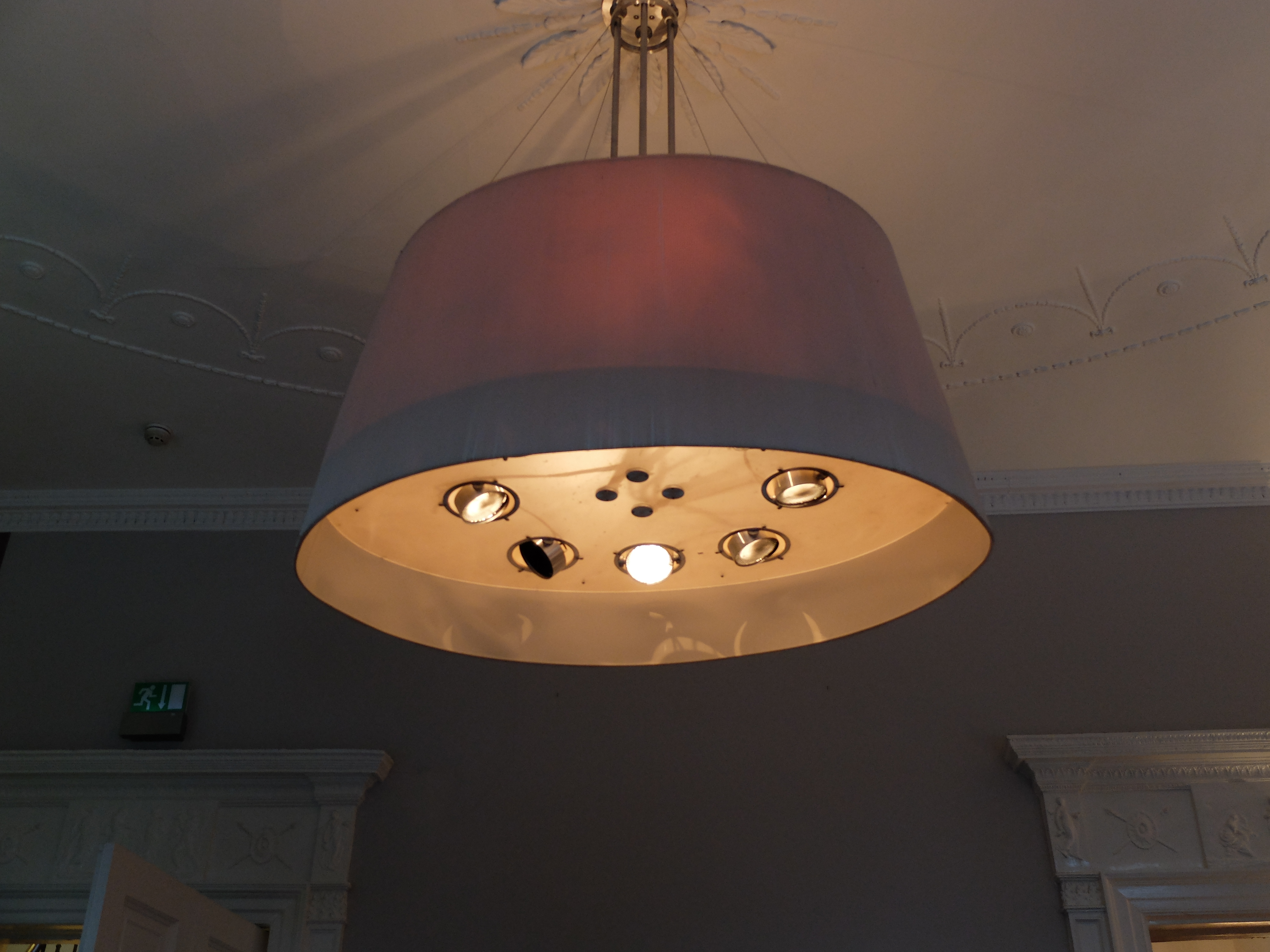 This is the worst designer lamp I’ve ever seen

But it wasn’t about the light shade, or the demonic torment, it was about two delicious drams. Two whiskies that will be astronomic in price right now and jolly hard to find. It’s good to still be able to taste such quality at a vaguely affordable price. At least these two will be great to drink however much silly money they’ll set some investor/collector back.